If you’re looking to optimize your hormones, it’s not just about increasing androgens. In fact, you can have high male hormones levels and NOT see the benefits of it.

That’s why I say that nettle root (Latin name Urtica dioica) can multiply our hormones’ effectiveness. It is not that it makes them stronger, instead it helps stop them from becoming useless, or even worse than that.

Aromatization is the conversion of male hormones into estrogen. This not only means you won’t get the benefits of the androgens, but it can actually be turned into something that works against you.

While both men and women need estrogen (in different amounts) too much is typically a bad thing, contributing to estrogen dominance, especially of the worst types of estrogen.

Some of the compounds that may contribute to this aromatase inhibiting effect are: [1]

The second problem is that androgens and its metabolite, dihydrotestosterone (DHT) can be bound to substances like SHBG or albumin. This renders androgens unusable by your body as they are trapped into a non-viable form.

Some of this effect found in nettle root appears to be from the lignans available, including the following five compounds.[2,3,4]

Several studies in both humans and animals have shown these effects.

Dihydrotestosterone (DHT) has received a bad name for its effects in prostate issues and male pattern baldness. But DHT is an important hormone for a healthy functioning man, though, as with anything it, it can become unbalanced.

Nettle root powders have been shown to be weak 5-alpha reductase inhibitors.[5]* That’s the enzyme that converts regular male hormones into DHT.

More researched than any other effect is what nettle root can do for healthy prostate function. [6,7,8,9,10,11]*

Beyond the aforementioned SHBG,and aromatization effects, nettle root likely has several other mechanisms of action that may change how hormones like androgens, DHT, estrogen and others bind to or effect prostatic cells, leading to:

In short, stinging nettle root extract is very helpful for men in maintaining their prostate health.* 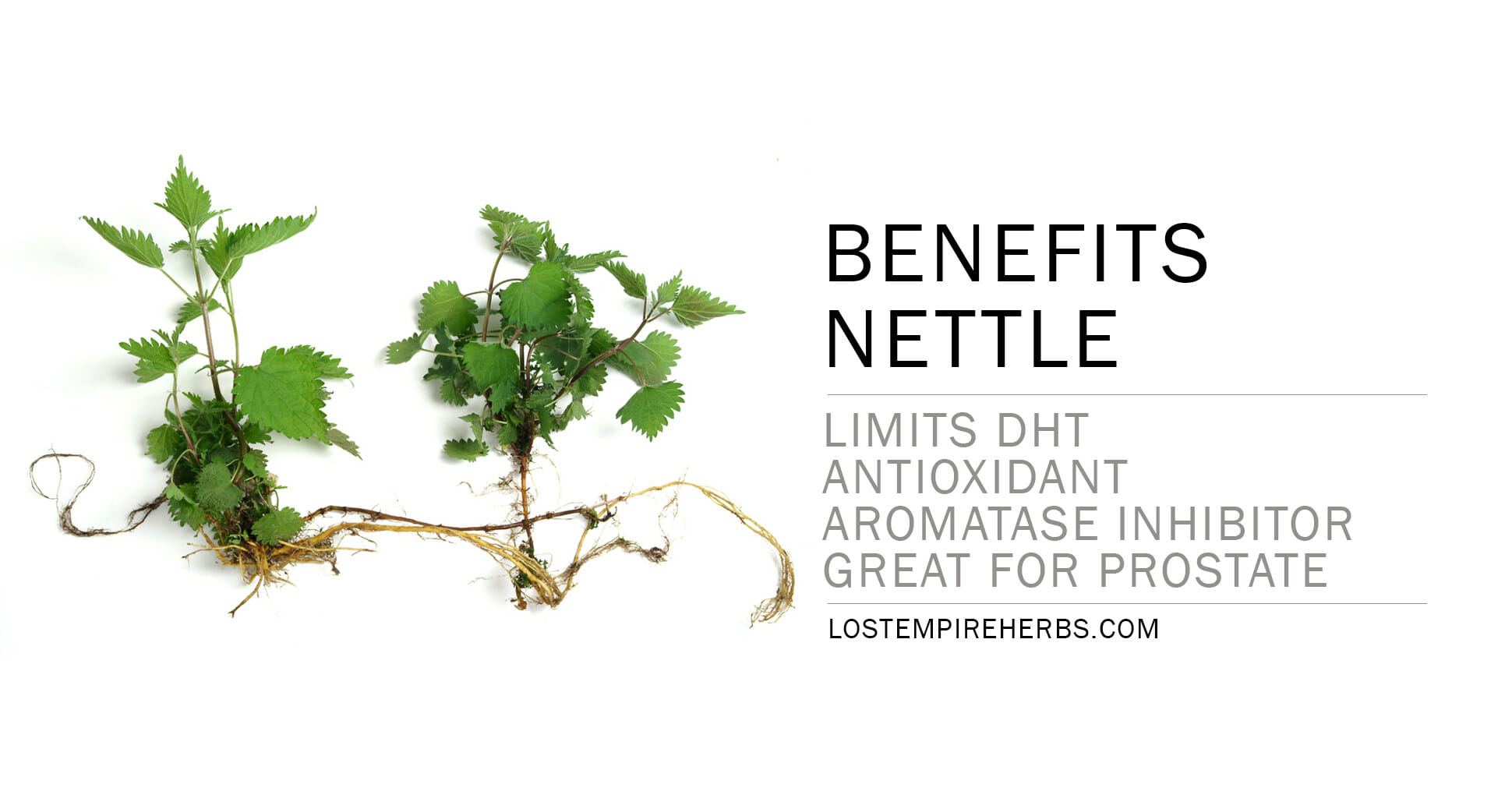 Other Benefits of Nettle Root

The stinging nettle root is quite the medicinal plant. All parts of it can be used for different conditions. For the hormonal aspect, the root is the part you need.

Polysaccharides in nettle root have some anti-inflammatory and antioxidant properties.[12]* It has also been shown to have some positive cardiovascular effects.*

Here are just a few of the other components you’ll get from nettle root.

Our nettle root powder is a hot water extract from nettle roots wildcrafted in the Anhui and Sichuan provinces of China. Roughly 10% non-GMO corn maltodextrin is used to make this powdered extract.